Dating back to 4000 BC, Afghanistan’s culture has transcended the effects of time and modern living, focusing on the traditional development of the family and community. Perhaps due to their limited contact with the outside world as a result of geographical constraints, Afghanistan has remained largely unchanged in recent years. For visitors to the country, the towering relics are symbolic of a history dominated by their belief structure. To understand what the future may look like requires careful consideration of the past.

The History of Afghanistan

A look at the historical documents of Afghanistan reveals a startling fact: war has played a large part in this nation’s history. Based on its earliest records, which date back to the days of the Greek and Persian empire, Afghanistan has been embroiled in a tug of war between the past and the future. A rich history is recorded in pre-historic cave drawings, religious monuments, and fascinating heritage sites. Even though many of the historic landmarks and archaeological documents have been ruined, enough of it remains to remind people of their heritage and the determination required to preserve their land.

Museums and other organizations have been collecting as many valuable artifacts as possible in an effort to preserve them for future generations. Although their holdings are small, they have begun amassing a comprehensive display of their country’s heritage. 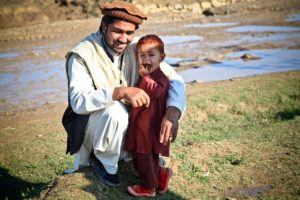 Afghanistan’s culture is based on a tribal system, with different sections of the country ruled by the dominant tribe in that area. As a result, the nation has a multicultural feel and can have vastly different “rules” from one region to another. Heavy Persian and Turkish influences can be seen in much of the nation, along with the Pashtun ideologies of the south.

Archaeological digs in the country have uncovered important artifacts that provide clues to the region’s historical and cultural past. Statues of the Buddha have been discovered in Bamiyan, along with other relics of Buddhism, depicting a nation with a culture steeped in the Buddhist tradition. Other cultural artifacts, such as the Minaret of Jam, have been discovered, dating back centuries and giving credence to the idea that Afghanistan has roots in ancient history.

Another key element of Afghanistan’s culture is its people’s adherence to a conservative lifestyle. Much attention has been given to the traditional manner of dress and the cultural code that dominates the behaviors of the nation, but outsiders must remember that the nation is highly conservative. As such, the people have strict ideas about dress, social behavior, and interpersonal interaction.

Social conduct is centered around the nation’s philosophy of honor. All dealings with others require a sense of honor that transcends business principles. Traditional greetings involve hugging the people you meet, although Western influence has added the use of handshakes, as well. In some areas, rubbing noses with a person is considered an acceptable form of greeting, as well. 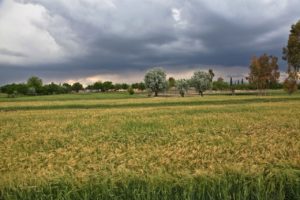 Afghanistan has four distinct seasons, with temperatures that range from a low of 30 degrees to a high of 120 degrees. The summer months are characterized by extremely high temperatures, particularly in the low-lying regions, where the temperature can exceed 100 degrees. Sandstorms are common during these months, making travel unpredictable and sometimes dangerous. The fall months from September through November have pleasant temperatures, and residents enjoy the harvest of native fruits. In the winter, the temperature drops to the other extreme, with some areas dropping below 30 degrees, and the snow making mountain roads impassable. The springtime (March through May), which marks a return to comfortable weather, is the preferred time to visit the country.

When planning a visit to Afghanistan, it is advisable to schedule it during either the spring or fall months, when the weather is pleasant. Another important factor to take into account is when the national holidays are.

The New Year celebration, which is held between January and March, is the most popular festival of the year. The holiday is marked by music and dancing, as farmers celebrate a successful harvest and people look forward to another year.

A religious holiday, Mawlid un Nabi is designed to honor the birthday of Muslim prophet Muhammad. The day is marked by visits to mosques and special prayers.

Held on August 19, Jeshyn-Afghan Day celebrates the end of British control in Afghanistan. Considered by many to be Afghanistan’s Independence Day, it is a day of special festivities and celebration.

The month-long holiday is rooted in the Islamic faith. Most businesses and restaurants are closed during the month of Ramadan, and adherents to the faith observe a fast for the duration of the celebration. One of the most sacred Islamic traditions, it is celebrated during the fall season.

Marking the end of the Ramadan celebration, Eid al Fitr closes the month of fasting with a special prayer service followed by a feast. Families and friends gather together to celebrate on this day.

Afghanistan has a rich heritage that is full of tradition and faith. Visitors to the nation often marvel at the tenacity of the people who have survived for centuries by clinging to the ideals of their faith and cultural philosophies. However, it is precisely these ideals that have enabled the country to endure, despite the adversities they have faced.