A private, non-profit organization headquartered in New York City, the World Monuments Fund (WMF) has been working to preserve, protect, and raise awareness about the world’s significant cultural and artistic treasures for more than five decades. One of the most important programs the WMF operates is the World Monuments Watch: launched in 1995, this global initiative identifies cultural heritage sites that are at risk and works to help raise the financial and technical support needed to preserve them.

To date, six cultural sites in Afghanistan have made appearances on the World Monuments Watch list. Read on to learn more about these treasured, but imperiled, historic locations.

The story of the rehabilitation of the historic district of Murad Khane in the heart of Kabul is truly inspiring. When Murad Khane was included on the World Monuments Watch list in 2008, the neighborhood was in devastating shape after decades of conflict and neglect: beautiful historic buildings had fallen into complete disrepair, and the entire area was covered by garbage. Fortunately, the non-profit cultural organization Turquoise Mountain was at that time in the process of launching a comprehensive restoration project aimed at bringing Murad Khane back to its former glory. With the help and skills of thousands of local community members, Turquoise Mountain completely cleaned up the neighborhood, hauling away tons upon tons of garbage and carefully restoring the beautiful historic buildings that lay underneath. Today, Murad Khane is a vibrant artistic neighborhood, and the restoration project earned Turquoise Mountain the 2013 UNESCO Award of Distinction. 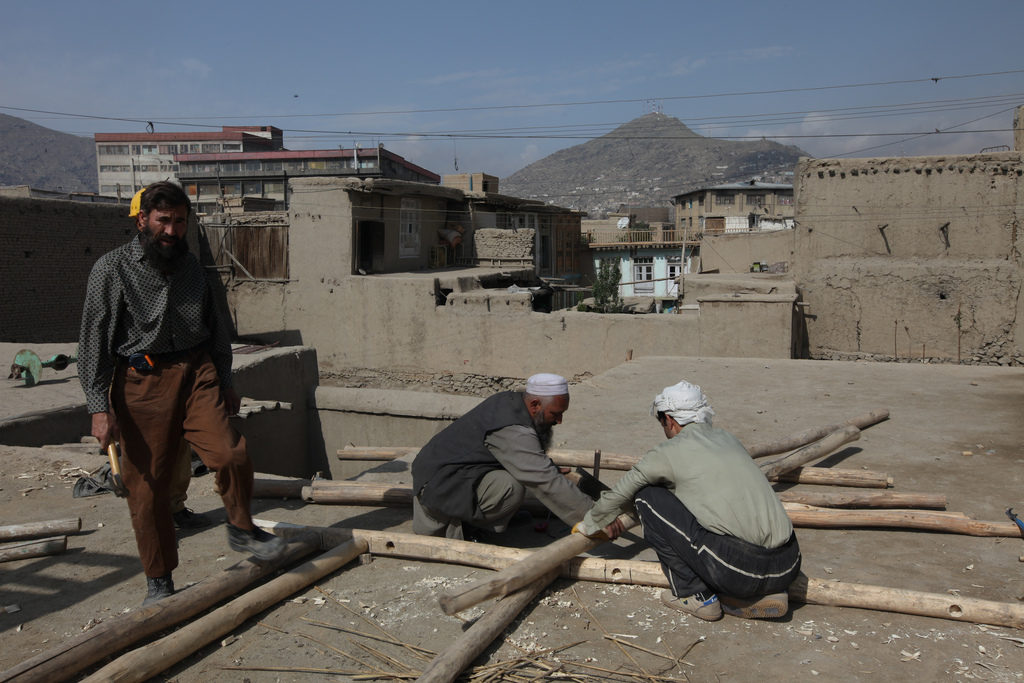 In the Zanburak Mountains just south of Kabul sits Tepe Narenj, a Buddhist monastery established in the fifth or sixth century. An important testament to historic Buddhist influence in the region, Tepe Narenj is comprised of a number of stupas (in Sanskrit, a “stupa” is a mound-like structure containing relics, which are often the remains of Buddhist monks or nuns), individual meditation cells, several chapels, and numerous statues of the Buddha and Boddhisatva figures. Tepe Narenj was believed to have been destroyed by armies in the ninth century, but it was later rediscovered and was the first site in Afghanistan to be excavated after the Soviet conflict. The site was placed on the watch list as it is at serious risk of damage due to exposure to the elements.

Soaring 20 meters above the arid landscape at the foot of the Hindu Kush Mountains, the minarets of Ghazni are a striking reminder of the great Ghaznavid Empire, which ruled a huge portion of Central Asia during the 11th and 12th centuries. The minarets are constructed of fired mud brick and covered with highly detailed terracotta decorations, including geometric designs and verses from the Quran. Today, the minarets themselves are structurally sound, though subject to periodic flooding, but the terracotta decorations are rapidly deteriorating as a result of exposure to rain and snow. Since the Ghazni minarets were placed on the watch list, a laser scan survey of the towers was conducted by architects from the US National Park Service’s Historic American Building Survey: this has provided a valuable record of existing conditions, and can serve as an important resource for future preservation efforts.

The 2001 destruction of the famous Buddhas of Bamiyan—colossal, extraordinary sculptures carved into the sandstone cliffs of the Bamiyan Valley—was a huge blow for cultural preservationists in Afghanistan. Today, efforts are being made to preserve other aspects of the site, and discussions are ongoing about the possibility of rebuilding the Buddhas. Learn more about what’s happening in the Bamiyan area here.

Also known as “Noh Gumbad” for the nine cupolas that once covered it, the Haji Piyada Mosque is not only Afghanistan’s oldest known Islamic building, it’s one of the earliest structures in the eastern Islamic world. Built in the late ninth century, the mosque is modest in size but architecturally rich, even though the cupolas have collapsed and only one supporting arch still stands. Its age makes the Haji Piyada Mosque a structure of unparalleled cultural and architectural significance, but at the time of its placement on the watch list, the structure was highly vulnerable to erosion, looting, and lack of proper maintenance. To assist with preservation efforts, the World Monuments Fund worked with UNESCO and other agencies to develop and implement a long-term conservation plan, which was completed in 2010. 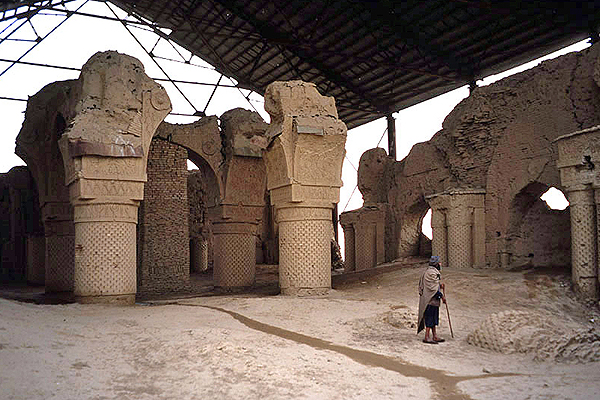 A key stop along the ancient Silk Road, Herat is home to a spectacular assortment of medieval Islamic buildings, including the Qala Ikhtyaruddin citadel and the famous Friday Mosque. However, the entire Old City has suffered as a result of military conflict, looting, earthquakes and, more recently, pressures brought on by rapid development and intensive construction. Alongside the World Monuments Fund, many other organizations are working to implement protection and preservation efforts in Herat, most notably the Aga Khan Trust for Culture.