Founded by Fatema and Ehsan Bayat in 2006, the Bayat Foundation aims to provide hope and assistance to Afghans in need while working to rebuild the country. A 501(c)(3) charitable organization based in the United States, the foundation focuses on initiatives designed to improve the health and well-being of all Afghans.

The Bayat Foundation also maintains a commitment to closing the educational gap in the country. To this end, it has undertaken a number of projects designed to enhance academic opportunities in Afghanistan for everyone from children to college students. For example, the nonprofit has provided a range of support to learning centers that serve refugees and young people who have been orphaned, among other vulnerable groups. Another recipient of the foundation’s assistance has been institutions of higher learning, most notably the American University of Afghanistan (AUAF). 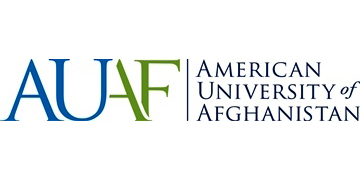 Located in Kabul, the American University of Afghanistan holds distinction as the country’s only private, nonprofit, independent, co-ed, nonsectarian institution of higher learning. AUAF, which awards undergraduate degrees in four areas of study and master’s degrees in two, has graduated nearly 1,000 students since opening in 2006. Graduates of AUAF have gone on to secure high-level positions with the Afghan government, as well as national and international organizations. Other graduates of AUAF have gained admission to universities in countries around the world.

AUAF holds accreditation from the Ministry of Higher Education and maintains partnerships with Stanford University, Georgetown University, the University of California system, as well as other institutions in the United States and Middle East. Through these relationships, the institution strives to ensure that it continues to provide students with a world-class education.

In order to help AUAF to achieve its goals, the Bayat Foundation recently underwrote the construction of the university’s new Bayat Institute of Technology, which opened in spring 2018. The 32,000-square-foot academic center houses seven laboratories, six lecture halls, and a library. At these state-of-the-art facilities, students and educators have an opportunity to take part in demanding research and teaching, which has the effect of expanding Afghanistan’s technical, scientific, and engineering knowledge. The center also provides support to Afghan-led innovation and entrepreneurship in the fields of technology and science.

Completion of the Bayat Institute of Technology

The Bayat Institute of Technology, which also consists of 22 faculty offices, two prayer halls, a rooftop leisure center, and an atrium social center, was built using sustainable design and construction methods. Air circulates naturally through the atrium, while myriad windows allow for ample natural light. LED lighting has also been employed, as has repurposed marble.

The marble has been integrated with aluminum, porcelain, and gypsum to create an architecturally sound, earthquake-resistant structure. What’s more, the Bayat Institute of Technology’s radiant alabaster-colored exterior and other architectural and design elements coalesce to produce a distinguished-looking building that stands out as a marvel of Afghan craftsmanship.

In addition to underwriting the construction of the Bayat Institute of Technology, the Bayat Foundation has established a $1 million endowment fund, which will cover the operational costs of the building for the next decade. This ongoing support will extend what Ehsan Bayat calls an “unbreakable partnership” between the foundation and AUAF.

In previous years, this partnership has seen the Bayat Foundation work to improve other facilities on AUAF’s Kabul campus. In 2009, the nonprofit assisted AUAF in renovating the school gymnasium. Five years later, it again enhanced the gymnasium, this time reconstructing it. Now known as the Michelle Bayat Gymnasium, the facility benefited from the addition of new flooring, basketball hoops, and exercise spaces. The 2014 renovation also included the addition of new ventilation, plumbing, and electrical systems.

The Bayat Foundation’s support of higher education does not end with AUAF. Over the years, the nonprofit has drawn on its resources to furnish quality textbooks to universities throughout Afghanistan. In 2014, Nangarhar University received a generous donation of textbooks, which the foundation provided with the cooperation of the international humanitarian nonprofit Operation Compassion.

Located in Jalalabad, Nangarhar University has offered a quality education to Afghans since it opened in 1963. Solely a medical school at the time of its inception, the institution has since expanded to comprise 13 colleges and 73 departments. Currently, 467 lecturers instruct 14,004 students in the university’s wide-ranging bachelor’s, master’s, and PhD programs.

Due to the Bayat Foundation’s donation, Nangarhar University will be able to continue to expand the knowledge of its students in the coming years. In the past, the foundation has also facilitated textbook donations for Maimana University, an institution located in Faryab Province.

The Bayat Foundation encourages anyone who is passionate about improving the education, health, and well-being of Afghans to support its various initiatives. Individuals can make a donation or engage in a number of other fund-raising efforts, such as participating in a charitable-matching program at their workplace. The nonprofit also welcomes the assistance of volunteers, sponsors, and public speakers to help spread the word about its important work.