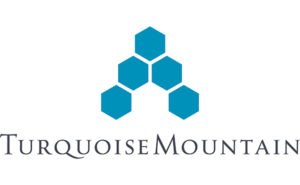 In 2006, the nonprofit organization Turquoise Mountain was founded in Afghanistan with the mission of preserving and regenerating important historical and cultural areas, as well as reviving and revitalizing the practice of traditional arts and crafts. Today, just over a decade later, the organization has made remarkable progress on its mission, transforming the lives of thousands of Afghans in the process. The following are some of Turquoise Mountain’s most important achievements to date.

The stunning transformation of Kabul’s Old City, also known as Murad Khani, is perhaps Turquoise Mountain’s most impressive achievement so far. The historic district in central Kabul was once the heart of a vibrant community. However, as a result of years of unrest, it had fallen into significant disrepair. By the time Turquoise Mountain began its rehabilitation project, much of the area lay buried under many feet of accumulated garbage, and the entire district was ranked as one of the world’s most endangered sites on the World Monuments Fund Watch List.

Turquoise Mountain has slowly and painstakingly set to work to rehabilitate Murad Khani. Workers cleared mountains of garbage, lowering the street level by up to 2 meters and uncovering beautiful, though derelict, homes and buildings. Artisans then carefully restored 150 of these structures to their original glory using traditional skills and techniques like mud-plastering and architectural woodwork. Today, Murad Khani is once again home to a thriving community of residents, as well as to the Turquoise Mountain Institute, an artisanal and vocational training facility for traditional Afghan arts and crafts. In 2013, the restoration of Murad Khani was awarded the UNESCO Asia-Pacific Award of Distinction.

The Turquoise Mountain Institute is only one of a number of community facilities and development projects that call Murad Khani their home. In order to better serve and meet the needs of local residents, Turquoise Mountain also constructed a new medical clinic and primary school in the rehabilitated old city. Located on the banks of the Kabul river, the Feroz Koh Family Health Center was established in 2011 to provide high-quality family medicine to some of the city’s most vulnerable populations. Services offered at the center include pediatric and maternal services, radiology, psycho-social counseling, dentistry, and minor surgery. The staff estimates that the center serves more than 20,000 patients every year from cities as far away as Nuristan and Kandahar. The Murad Khani Primary School, which was established in 2012, serves more than 100 students. Subjects that are covered include English, Dari, mathematics, and peace education. Students also learn some traditional arts and crafts such as calligraphy and miniature painting. In order to accommodate even more young students, a new primary school with improved amenities is scheduled to open in 2019.

Turquoise Mountain’s work in Afghanistan has been so successful that the organization has recently expanded the scope of its activities into other countries. As of late 2014, for example, Turquoise Mountain has been working in Myanmar to preserve and restore key historic buildings in downtown Yangon in partnership with the Yangon Heritage Trust. During the first restoration project (of a building at 491-501 Merchant Street), the organization undertook a comprehensive program of vocational training in traditional construction techniques, such as decorative lime plasterwork, alongside the renovation work.