With its thousands of years of history, Afghanistan is home to a remarkable treasure trove of archaeological wealth. Within the country’s borders, incredible examples of protohistoric, Greek, Buddhist, and Islamic sites can all be found, reflecting the rich and complex legacy of Afghanistan’s many peoples and influences.

For nearly a century, the French Archaeological Delegation in Afghanistan (DAFA) has been one of the most important organizations working on the ground to preserve and protect Afghanistan’s exceptional archaeological heritage. In a recent article from CNRS News, DAFA’s director Julio Bendezu-Sarmiento gives readers a unique glimpse into DAFA’s history and current projects in Afghanistan.

Some of the most important takeaways from the article include:

DAFA is the only foreign archaeological team to have a permanent presence in Afghanistan.

Many scientific organizations have left Kabul in recent years due to the instability that continues to affect the city. The fact that DAFA has remained is a reflection of its long history and close ties with Afghanistan.

DAFA was established in 1922 at the request of the Afghan head of state at the time, King Amanullah. Under the original agreement between the French and Afghan governments, DAFA was granted exclusive rights to carry out archaeological excavations in Afghanistan. This changed in the 1960s, when other organizations were permitted to conduct excavations.

DAFA was forced to leave the country during the Soviet occupation and ensuing civil conflict. The organization returned in 2003 and has continued its work ever since. Today, the DAFA headquarters in Kabul are home to offices, a research center, a library of 20,000 books, storerooms, and restoration and photo laboratories. 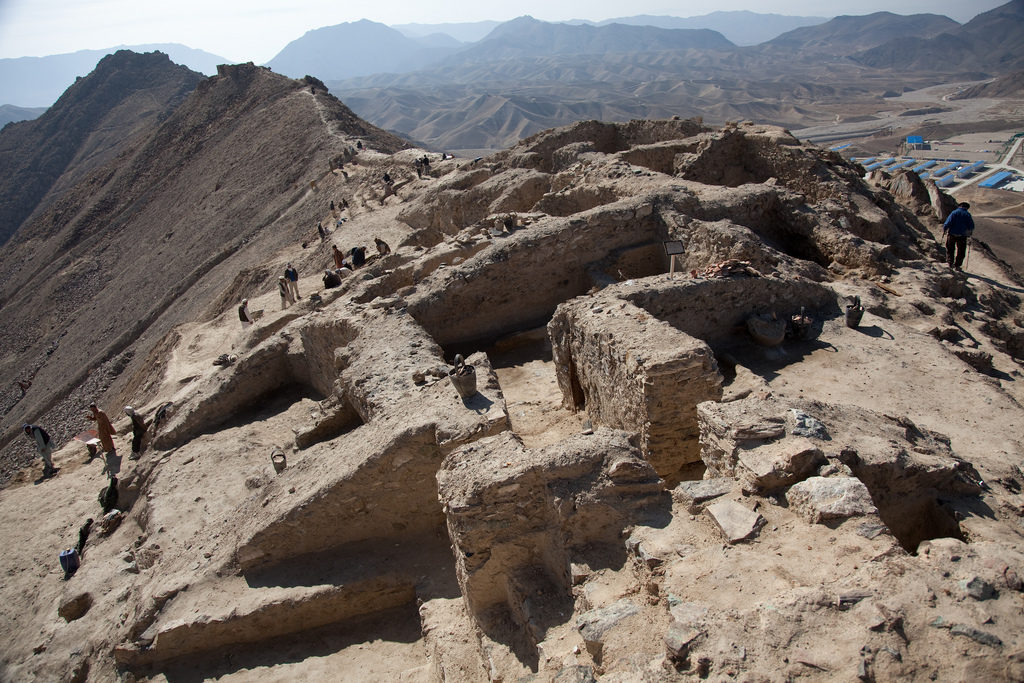 DAFA’s most important current project is the creation of a comprehensive inventory and map of Afghanistan’s archaeological heritage.

In 2014, the government of Afghanistan entrusted DAFA with the mission to produce a comprehensive archaeological map of the country. This document would serve as a detailed inventory of all of Afghanistan’s ancient sites. The goal of this project is to ensure that the Afghan government is able to make fully-informed decisions about prospective development projects—including road construction, urban planning initiatives, and mining—that may impact sites of archaeological importance.

The decision to launch this project was prompted in part by a decade-old controversy. In 2007, the news broke that a Chinese company had acquired the mining and extraction rites to Mes Aynak. This site is roughly 25 miles southeast of Kabul and is home to both the remains of an ancient Buddhist city and one of the world’s largest untapped copper deposits.

The future of the Mes Aynak archaeological site remains uncertain. Fortunately, historical preservationists all around the world have been working hard to save it. Going forward, DAFA’s inventory and mapping project is intended to help prevent similar situations from arising in the future.

DAFA currently relies on remote detection to conduct the majority of its survey work.

There are extensive logistical challenges involved in accessing Afghanistan’s archaeological sites. These include security concerns, extreme weather conditions, and the remote nature of many of the locations. As a result, it’s not feasible for DAFA team members to conduct systemic excavation campaigns in the field.

For this reason, DAFA is assembling its map of archaeological sites with the aid of thousands of drone and aerial photos. These are drawn from a variety of sources, including declassified NATO satellite images and aerial survey photographs taken by Airbus around mining concessions.

It’s a painstaking process. Because ancient Afghan buildings were typically made of mud, their remains are fragile and difficult to spot. In addition, many archaeological sites have been broken into and damaged by looters over the years, making them even more challenging to identify. This means that each photograph must be carefully examined by a trained professional who knows precisely what to look for.

The DAFA inventory has made considerable progress in recent years.

Hundreds of hours of effort have been made by the project’s 20 dedicated team members, most of whom are Afghan researchers and technicians. As a result, DAFA has made considerable progress on the mapping and inventory project over the last few years.

About 1,300 sites had already been discovered and published by the time of the Soviet invasion, when DAFA was forced to leave Afghanistan. Since the current mapping and inventory project was launched in 2014, DAFA has brought to light nearly 5,000 additional sites. The organization emphasizes that the survey is far from complete.

On the map, the sites are color-coded by category. Sites marked in yellow have already been excavated, those marked in blue have been identified but not excavated, and those in red have been only recently discovered and still need to be identified. Eventually, DAFA aims to produce a detailed geographic information system (GIS), in which a database of available site information can be accessed from each point on the map.