While Afghan cuisine was relatively unknown outside of the country’s borders until fairly recently, anyone who has sampled some of Afghanistan’s exquisite traditional dishes would agree that Afghan food deserves a worldwide following. Drawing from the cultural influences of neighboring countries—including India, Persia (Iran), and Mongolia—Afghan cuisine is a rich and complex fusion of flavors that will make any food enthusiast’s mouth water. Read on to learn about nine of Afghanistan’s most popular—and delicious—traditional dishes. 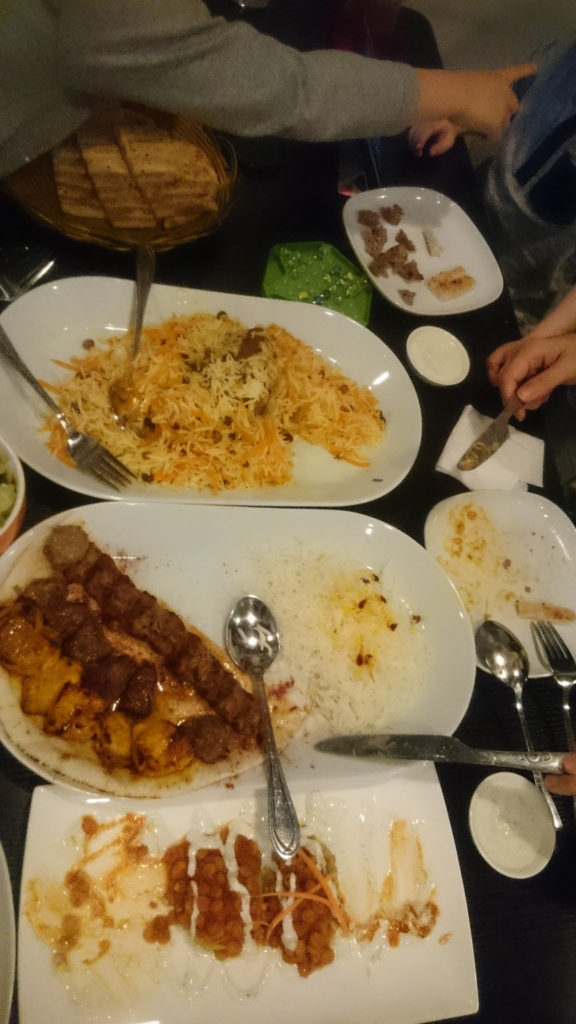 At an Afghan table, nothing is more important than rice, and Kabuli Pulao is the classic way to prepare and serve it. Dubbed the “national dish of Afghanistan,” Kabuli Pulao is what Western foodies would recognize as pilaf: a delicious mixture of rice, spices, vegetables, nuts, and meat, usually lamb. While the dish varies greatly from one region to another, with different areas making use of their own local ingredients and cooking methods, they all prepare Kabuli Pulao with a slow, multi-step cooking process during which the rice develops a deep rich brown color and a beautifully caramelized flavor. In Afghanistan, young girls are taught to make Kabuli Pulao before marriage. Indeed, it’s said that a woman’s marriage prospects may depend on how well she prepares this dish.

Also known as manto or manti, these stuffed dumplings are a nod to Mongolia’s influence on Afghan cuisine (dumplings and noodles being major staples of Mongolian cooking). A popular street food in many Afghan cities, mantu are prepared from a filling of spiced ground meat and onions wrapped in a thin dough. The dumplings are then steamed, rather than fried, which gives them a lighter taste. They are often served with tomato and yogurt sauces on the side, or you can try them with qoroot, a special type of sour cheese.

Another traditional dumpling dish, this one hailing from Kabul, ashak uses meat as a topping rather than as a filling. Smaller than mantu dumplings, ashak dumplings are stuffed with gandana, a vegetable that resembles chives or scallions, and is served on a large platter topped with spiced minced meat, garlic yogurt sauce, and dried mint. Unlike many Afghan dishes, which usually have a fairly mild flavor, ashak can be quite spicy. Since dumplings can be time-consuming to make, ashak is not usually prepared as an everyday meal, but instead is reserved for important holidays such as Eid and Ramadan.

This delicious stuffed vegetarian flatbread is a classic example of the central role that bread plays in Afghan cuisine. Also known as peraki (or poraki), bolani’s stuffing is made of hearty vegetables such as pumpkin, potatoes, and lentils, with chives and leeks adding flavor. The stuffing is encased in a light, thin dough, almost like a sandwich, and the dish is baked or fried until crisp. Bolani is often eaten as a quick snack or served alongside other main courses.

Lamb or mutton is the most common type of meat served in Afghanistan, and Afghan cooks are experts at preparing it, often marinating it for hours to ensure maximum tenderness and flavor. The best way to consume Afghan lamb is as a kebab. Chunks of marinated lamb meat, often still on the bone, are threaded onto long metal skewers and grilled over a charcoal fire. The slow cooking process enables the meat to melt in your mouth. Rice, naan, and a special Afghan green sauce comprised of garlic, lime juice, and chilies are common accompaniments.

Kofta is another delicious way to consume lamb in Afghanistan. In this dish, ground lamb is used rather than whole chunks: the minced meat is flavored with spices, onions, and garlic, and shaped into small patties or meatballs. They are then fried and served over rice with tomato-yogurt sauce. 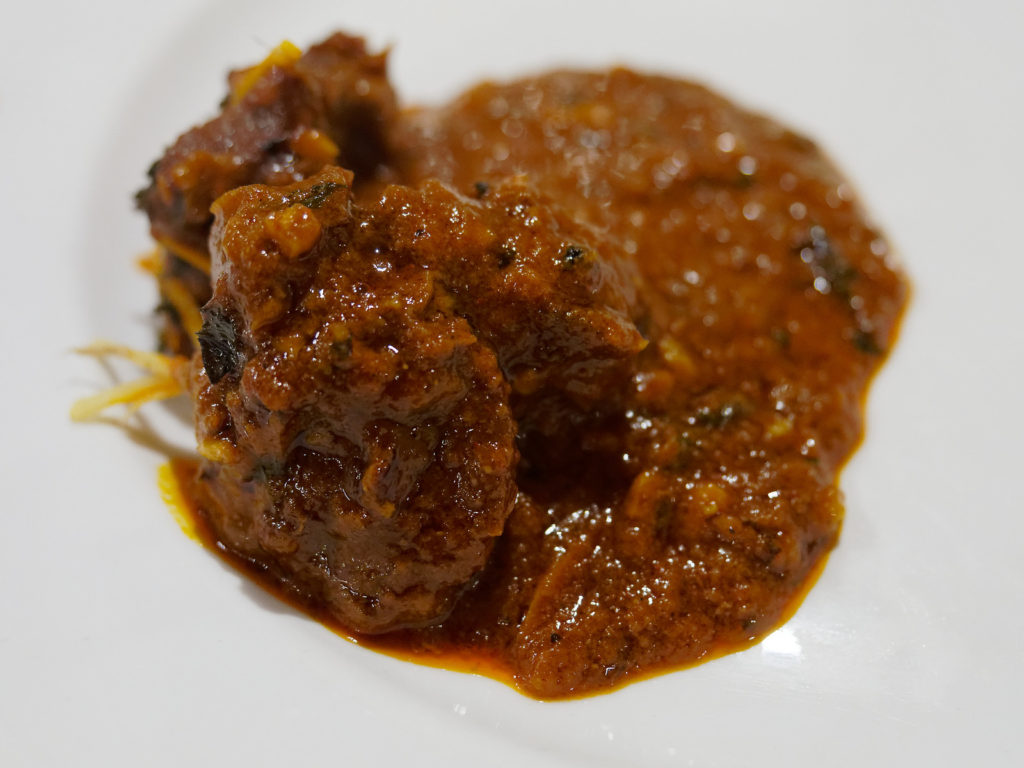 Also known as kormas, the Indian version of these creamy stews will be familiar to most Westerners. Afghan qormas are prepared from a base of fried onion and garlic to which cooks add tomatoes, chickpeas, vegetables, meat, dried fruit, and yogurt, as desired. Qormas are often thickened with a nut puree, which gives them their distinctive smooth and creamy texture, and they usually have a sweeter flavor.

While Afghan cuisine tends to focus more on the savory rather than the sweet, there are still many delicious examples of Afghan baking and desserts, and roat is one of the most common. A dense, crumbly cake, flavored with cardamom and only lightly sweetened, roat is a cross between a savory quick bread and a sweet cake that is often served for breakfast or with afternoon tea. Roat is traditionally made in the shape of a large oval, sprinkled with nigella seeds and served sliced into diamonds.

Another example of an excellent Afghan sweet dish is sheer payra, Afghanistan’s answer to fudge. This mouthwatering confection is prepared with the traditional Afghan flavorings of rosewater and pistachios, along with cardamom and other nuts. Since milk and sugar, the main ingredients in sheer payra, are at a premium in Afghanistan, the dish is usually only prepared for special occasions including Eid, weddings, and birth celebrations, as well as for honored guests.