Once the home of one of the most important collections in Central Asia, the National Museum of Afghanistan was particularly hard-hit by the effects of years of civil conflict. Today, however, the National Museum is one again assuming a proudly central role in the preservation of Afghanistan’s rich cultural and archaeological heritage. Read on to learn more about this fascinating institution.

History of the National Museum 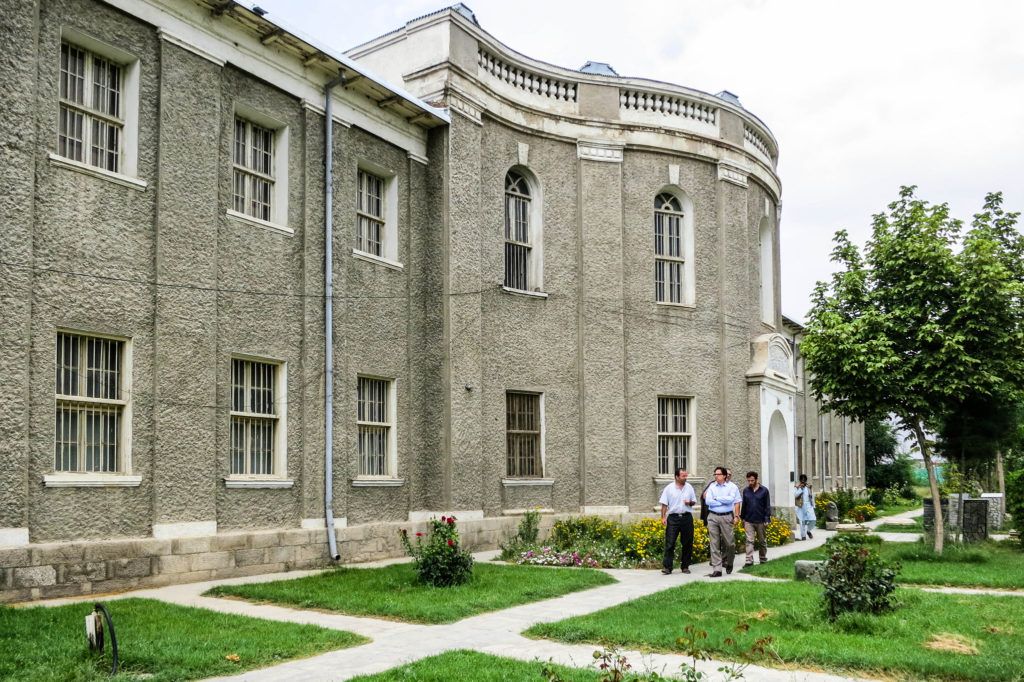 The original National Museum of Afghanistan was founded in 1919 in Kabul’s Bagh-i-Bala palace. The collection at that time consisted of a variety of objects—including weapons, manuscripts, miniatures, and art pieces—which had belonged to the nation’s former royal families. After a temporary move to the king’s palace in Kabul’s city center some years later, the National Museum was established in its present home, a former municipal building, in 1931.

These early years also brought about a dramatic enrichment of the National Museum’s collection. In 1922, the Délégation Archéologique Française en Afghanistan (DAFA) was created at the request of the Afghan government to spearhead archaeological research and excavations at historic sites throughout Afghanistan. Finds and artefacts unearthed by this delegation, as well as by other delegations in the years that followed, were gradually added to the National Museum’s collection until it comprised an estimated 100,000 pieces covering a historical period of many millennia.

Despite being looted and damaged by fighting during the many years of conflict, the National Museum of Afghanistan saved many thousands of artefacts by concealing them in secret hiding places. Today, those collections are being restored and once again made available to the public. In recent years, the National Museum has also been undergoing a major expansion, and has been working with international partners to coordinate the return of looted artefacts to their home country.

Exploring the cultural links and shared heritage of Afghanistan and Indonesia, the Bamiyan-Borobudur photo exhibition examines the two UNESCO World Heritage sites of the Bamiyan Valley in Afghanistan and the Borobudur Temple compound in Indonesia, both of which are widely recognized as masterpieces of the Buddhist faith. These sites play an important role in the Buddhist legacy of the two countries; a central aim of the exhibition is not only to introduce museum visitors to these two unique sites, but also to foster important cross-cultural dialogue between Afghanistan and Indonesia. The establishment of the exhibition at the National Museum was carried out in close cooperation with Indonesia’s embassy in Kabul.

Located in an area about 40 kilometers south of Kabul, close to the historic “silk route” to India, the Mes Aynak copper mine is one of the most important sites ever to be discovered in Afghanistan, with archaeological deposits stretching over thousands of hectares. Excavations began in 1963, and so far, three key areas have been excavated: Gol Hamid, which revealed the Pa Buddhist temple; Kafiriat Tepe, the site of a second monastic complex; and the Baba Wali mountain, where copper ore is located. The architecture and artefacts that have so far been revealed date back as far as the second century AD, and span the period between that time and the emergence of Islam in the eighth century AD. Coins, ceramics, unbaked clay sculptures, stone reliefs, and wall paintings have all been part of this rich find.

Present-day northern Afghanistan was once home to the region of Bactria, famed among classical historians for its “thousand cities,” its wealth, and its natural beauty. Excavations carried out in this region have yielded an incredible glimpse of life over many thousands of years. Archaeological sites from the Stone Age, the Bronze Age, the Greco-Bactrian Kingdom (around the time of Alexander the Great), and the Kushan and later periods have all been established in this region.

The National Museum on tour

One of the main objectives of the National Museum of Afghanistan has been introducing not only Afghans, but also the wider world to the country’s impressive cultural heritage. With that aim in mind, an international tour called “Afghanistan: Hidden Treasures from the National Museum, Kabul” took place between 2008 and 2011. Visiting some of the biggest museums in the world—including the British Museum in London and the Metropolitan Museum of Art in New York—the “Hidden Treasures” exhibition showed the world some of Afghanistan’s most important artefacts, including a Bronze Age set of gold bowls from the ancient city of Fullol, objects from the Greek city of Ai Khanum in what is now northern Afghanistan, and examples of Bactrian gold discovered in the graves of Tillya Tepe, a huge earthen barrow that was created as the burial site for a first-century prince.