Approximately 25 miles southeast of Kabul lies the incredible archaeological site of Mes Aynak, the remains of an ancient Buddhist city that was once at the heart of the thriving Silk Road trade route. Gradually abandoned over the centuries and all but lost to contemporary history until it was rediscovered in the 1960s, the site was catapulted into the international spotlight in 2007 following the news that a Chinese company had acquired the mining and extraction rights to Mes Aynak, which sits atop one of the world’s largest untapped copper deposits.

For historical preservationists both within and outside of Afghanistan, the ensuing decade has been one of frantic efforts to save and protect the archaeological riches of Mes Aynak. While there has been no mining activity as of yet—the project has been repeatedly delayed due to logistics and other reasons—the future of Mes Aynak is still uncertain, and scholars and archaeologists are racing to learn about and preserve as much of the site as possible before it’s too late.

If you’re hearing about Mes Aynak for the first time, read on for a roundup of seven important things to know about this cultural treasure.

While the accidental discovery of an ancient, buried city might seem more like the plot of a Hollywood movie than historical fact, in the case of Mes Aynak, that’s exactly what happened. In 1963, a French geologist was in the mountains of eastern Afghanistan’s Logar province, surveying an outcrop of copper-bearing strata. It was in the course of boring for samples that he stumbled upon what archaeologists today have called one of the most important cultural finds of Afghanistan’s history: the entire buried Buddhist city of Mes Aynak.

The physical site of Mes Aynak covers approximately 400,000 to 500,000 square meters. Within this area lies an incredible array of elements that once comprised the beating heart of a thriving city, including four fortified monasteries, several Buddhist stupas (a type of commemorative monument), a Zoroastrian fire temple, complexes of workshops and habitations, a mint, two small forts, and a citadel. The site also contains a vast treasure trove of cultural artifacts, including close to 600 large Buddha statues, vivid murals, rare wooden ornaments, and fragile early manuscripts.

One of the most exciting aspects of the rediscovery of Mes Aynak has been the gradual disclosure of the many layers of history that it encompasses. While the Buddhist city that has so far been the focus of most of the excavation work was likely at its peak between the 5th and 7th centuries AD, during the golden years of the Silk Road, archaeologists have recently begun to uncover evidence of a much older settlement beneath the Buddhist remains. This lower layer of the site is estimated to date from the Bronze Age, meaning that the location of Mes Aynak has been home to complex civilizations for more than 5,000 years.

It may seem difficult to believe given the volume of treasures that have already been unearthed, but archaeologists estimate that a mere 10% of the site of Mes Aynak has been uncovered. The extent of the work that remains to be done is one of the main reasons why archaeologists and scholars are working so hard to preserve and protect the site. 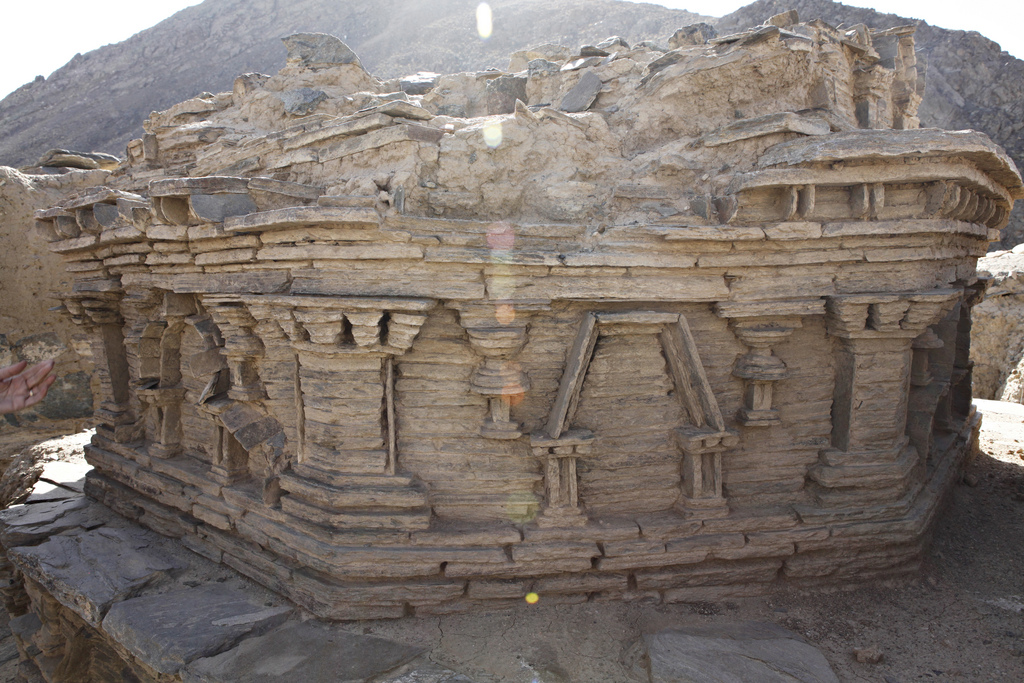 While historians are rightfully fearful of the modern open-pit mining techniques that are proposed for the extraction of copper from Mes Aynak, it’s interesting to note that copper mining in the area is not a new idea. Indeed, archaeologists posit that it was the copper deposits that drew the founders of the Buddhist city to the region in the first place—the name “Mes Aynak” means “little copper well”—and some of the discoveries that have been made at the site, including smelting workshops and ancient copper works, offer fascinating insight into the world of early metallurgy and mining.

One of the most intriguing strategies that archaeologists and researchers are employing in their efforts to conserve Mes Aynak is digital preservation. A French team of heritage specialists has been using drones and sophisticated camera apparatuses to take tens of thousands of pictures of Mes Aynak, which can then be used to create an incredible 3D model that allows for an amazing interactive digital exploration of the site.

If you’d like to learn more about Mes Aynak, the documentary Saving Mes Aynak by American filmmaker Brent E. Huffman is an excellent place to start. Now available on Netflix, the film tells the story of the race to preserve Mes Aynak from the perspective of Qadir Temori, an Afghan archaeologist and a key player in the fight to save this vital cultural legacy.