Afghanistan’s rich and complex musical heritage—one of the world’s longest-thriving musical traditions—was nearly silenced by years of civil conflict. But today, the sounds of music are being heard throughout the country once again, due in large part to the efforts of the Afghanistan National Institute of Music (ANIM). Read on to learn the story of this amazing institution that is helping to revive Afghanistan’s musical legacy.

As Afghanistan’s leading institute for music education, ANIM is dedicated to providing a learning environment that is dynamic, challenging, and safe. Welcoming students of all backgrounds—including some of Afghanistan’s most disadvantaged children—ANIM aims to assure musical rights, transform the lives of Afghans through music, revive and preserve Afghanistan’s musical heritage, train future music educators and leaders, and promote cultural diplomacy efforts between Afghanistan and the international community.

ANIM’s founder Dr. Ahmad Sarmast is a musicologist and the son of one of Afghanistan’s best-known conductors. Having left Afghanistan to escape civil conflict in the early 1990s, he received a master’s degree in musicology from Moscow University in 1993, and then relocated with his family to Australia, where he completed a PhD at Melbourne’s Monash University in 2005. Shortly thereafter, Dr. Sarmast returned to Afghanistan to initiate the Revival of Afghan Music (ROAM) project, which focuses on preserving Afghanistan’s primarily oral music tradition by recording it using western music notation. The dream for ANIM emerged out of Dr. Sarmast’s work on the ROAM project. Today, Dr. Sarmast is widely credited with ushering in Afghanistan’s musical revolution.

Upon his return to Afghanistan, alongside the ROAM project, Dr. Sarmast began planning for ANIM with the support of Afghanistan’s Ministry of Education and the Deputy Ministry for Technical Vocation and Educational Training. In April 2008, after two years of preparation, Dr. Sarmast took the vision for ANIM to the donor community. After garnering support from many donors, including the World Bank, the US Embassy, and the government of Germany, the inauguration of the Afghanistan National Institute of Music took place on June 20, 2010.

Since its establishment, ANIM has become known locally and internationally as a leader not only in music education, but in promoting intercultural dialogue within and beyond Afghanistan. Today, ANIM is home to nearly 250 students. 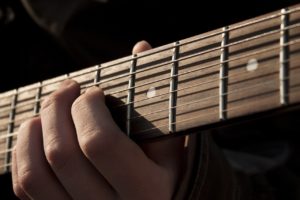 ANIM students, who range in age from grade 4 to grade 14, receive both specialized music training and a comprehensive core academic education in line with the priorities of Afghanistan’s Ministry of Education. Students’ lessons include mathematics, science, social sciences, languages (Dari, Pashto, Arabic, and English), Quaranic studies, and Islamic studies.

Upon their entry to ANIM in grade 4, students begin learning recorder. In grade 5, they make their choice of specialist instrument from the full range of instruments in both Afghan and Western classical traditions. Music education includes instrumental lessons, music theory from both Western and Hindustani traditions, ear training, ensemble playing, and music history. ANIM’s faculty use traditional teaching methods, such as learning music aurally, to teach students in both group classes and one-on-one lessons. For Western music lessons, ANIM has benefitted from the expertise of hundreds of international guest artists and teachers.

Students graduate at the grade 12 level with a high school certificate and can choose to take further associate degree courses in grades 13 and 14.

The heart of music education at ANIM is ensemble playing, and the institute features a number of ensembles, large and small, that offer students the opportunity to collaborate, share, and contribute. These ensembles include:

Afghan Youth Orchestra—The first orchestra of its kind to be established in Afghanistan in more than 30 years, the AYO showcases the country’s unique and diverse musical landscape by combining Western orchestral instruments with traditional Afghan and North Indian classical instruments. The AYO has performed on numerous national and international tours, including sold-out shows in the United States at the Kennedy Center and Carnegie Hall.

Young Afghan Traditional Ensemble—Under the direction of renowned rubab teacher Ustad Khial Mohammad, the beloved Young Afghan Traditional Ensemble brings the beautiful sounds of traditional Afghan instruments to life. Particularly in demand for local performances, this ensemble has also toured extensively on the international stage, including performances in the US, the UK, Denmark, Argentina, and South Korea.

Choir—ANIM’s choir is a powerful ensemble that performs regularly at important political and social events around Kabul, including official ceremonies for Afghanistan’s president. The choir also performed at Choir Fest Middle East in Dubai in March 2015, when they took home the award for Best Regional Choir.