In times of war, children are often the ones who end up paying the highest price. Sadly, this tough history lesson is one that Afghanistan is all too familiar with: decades of civil conflict have deprived multiple generations of Afghan children of parents, relatives, and role models, making for a challenging and uncertain future for both the children and the country itself.

Fortunately, over the past 10 to 15 years, more and more groups have stepped into the breach to provide support, care, and education for Afghanistan’s war orphans. One of these organizations is the Afghan Child Education and Care Organization (AFCECO), a Kabul-based, Afghan nonprofit dedicated to helping orphaned refugees and other vulnerable Afghan children. Read on to learn more about AFCECO’s mission, its activities, and what you can do to help. 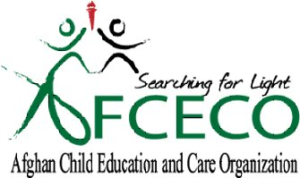 AFCECO is a nonprofit organization, officially registered since 2008 with the Government of the Islamic Republic of Afghanistan, with a mission to serve some of Afghanistan’s estimated 1.6 million orphans. To fulfil this mission, AFCECO operates orphanages all around the country. However, rather than the cold and institutional environment that the word “orphanage” might suggest, AFCECO homes are inclusive and caring, welcoming children from all regions and walks of life, and teaching equality and respect alongside other practical skills like reading and writing. Ultimately, the goal of AFCECO is to support Afghanistan’s next generation and ensure that these children have the skills and opportunities they need to play an active part in building a brighter future for themselves and their country.

How did AFCECO get started?

For AFCECO’s founding director Andeisha Farid, the question of helping children affected and displaced by war is a very personal one: she herself was born during Afghanistan’s war years and raised in refugee camps, and eventually found escape from her difficult circumstances through education. With a strong belief in the power of children to change the course of their country, Farid founded her first orphanage—or “parwarishga,” which means “foster haven”—in 2004. Her work soon came to the attention of CharityHelp International, an organization that assisted Farid in financing her projects through child sponsorships. Thanks to this support, Farid was able to grow AFCECO to its current status: a collection of nine orphanages around Afghanistan that serve hundreds of children and also provide valuable employment for widows and university students.

As mentioned above, one of AFCECO’s core goals is to help the next generation of Afghan citizens grow into resilient, thoughtful, and productive members of society. To achieve this, AFCECO concentrates on teaching children critical values, including: respect for each other’s differences, including differences of circumstance, ideas, or religion; respect for freedom of thought; listening and tolerance; the importance of justice and democracy; respect for the environment; an appreciation for teamwork and common goals; and a sense of integrity, honesty, and caring.

What programs does AFCECO offer?

Within the framework of its orphanages, AFCECO offers a number of different programs and extracurricular activities to help supplement the basic education that the children receive at local public schools. These include a music program, which sees talented young musicians honing their craft under the instruction of dedicated professionals at the Afghanistan National Institute of Music. There’s also an athletics program, which helps improve children’s physical fitness (a top priority for AFCECO) and gives them the chance to learn about teamwork and competition through participation in nationwide sports tournaments. In addition, healthcare clinics ensure the health and well-being of the residents of each orphanage, and an e-coaching program pairs students with online volunteer educational coaches for additional support and tutoring.

What partners does AFCECO work with?

One of the biggest partners that has helped make AFCECO’s work possible is CharityHelp International (CHI), a global organization that harnesses the power of online connectivity to foster, promote, and sustain close, long-term relationships between individual donors all around the world and organizations in emerging nations that are in need of support. This helps provide many charitable organizations with ongoing, sustainable development financing for their activities. For AFCECO, CHI has furnished the organization’s Child Sponsorship Program with much-needed communications technology and development and administrative support. In addition, CHI is helping AFCECO with a new initiative, the Support and Networking Program, which offers vital resources and mentorship to Afghan business and social entrepreneurs.

What can I do to help AFCECO?

One of the most important ways that concerned supporters can help AFCECO’s work and mission is by making a donation to the organization. AFCECO accepts international donations in a number of different areas: through the sustainability fund, which allows donors to become “sustaining sponsors” by contributing to the ongoing, fixed costs of operating an orphanage; through the child sponsorship program, where donors can make regular contributions to support the basic needs of a child living at one of AFCECO’s orphanages; and through one-time donations in any amount which help AFCECO cover a variety of necessary costs and expenditures.