Educated, skilled, and values-driven professionals have a vital role to play in building a better future for Afghanistan and its citizens. This is the philosophy behind the Afghan Professionals Network (APn), a passionate global team of professional Afghan volunteers who are dedicated to leveraging their skills, expertise, and connections to achieve the goal of reinventing Afghanistan one sector at a time. Read on to learn more about this dynamic organization.

What is the vision of APn?

APn was established in 2012 with three core objectives. The first is to make a positive contribution to the Afghan community, both within Afghanistan and abroad, by harnessing and channeling the resources of a worldwide network of professional Afghans. The second is to serve and benefit the people of Afghanistan through the development and delivery of educational, professional development, and charitable initiatives. And finally, APn’s third objective is to portray and promote a positive and more representative image of Afghanistan and its people to the global community. In addition, in all its work, APn strives to uphold its central values of unity, equality, tolerance, respect, diversity, and collaboration.

Who are APn’s members?

APn truly is a global network: there are APn members and supporters in various cities all across Afghanistan, the United Kingdom, North America, Asia, the Middle East, Europe, and Australia. Together, APn’s membership represents more than 15 different professional sectors, including law, government, journalism, academia, medicine, engineering, IT, and business development. APn’s leadership teams and board members are primarily located in London and Kabul, with additional board members based in California, and Washington, DC.

What kinds of programs and events does APn operate?

Over the years, APn has developed and implemented a variety of initiatives across the following three key focus areas:

Education—APn’s educational initiatives aim to facilitate knowledge sharing both within and without the Afghan community. Discourse Afghanistan is an example of one such initiative: the “think tank” of APn, Discourse Afghanistan sees APn’s intellectual and academic members working with the UK research community to develop reliable, unbiased, evidence-based research on the Afghan diaspora. One of the central goals of the Discourse Afghanistan initiative is to help provide a more accurate and detailed picture of what life is really like for Afghans living outside the country. In Afghanistan, APn operates educational initiatives like Stories for Kids, a project that is working to build an accessible library of children’s stories in Dari and Pashto. The idea behind Stories for Kids is to promote and facilitate a culture of literacy in Afghanistan starting from an early age, while at the same time providing resources for teaching Dari and Pashto to Afghan children living abroad. 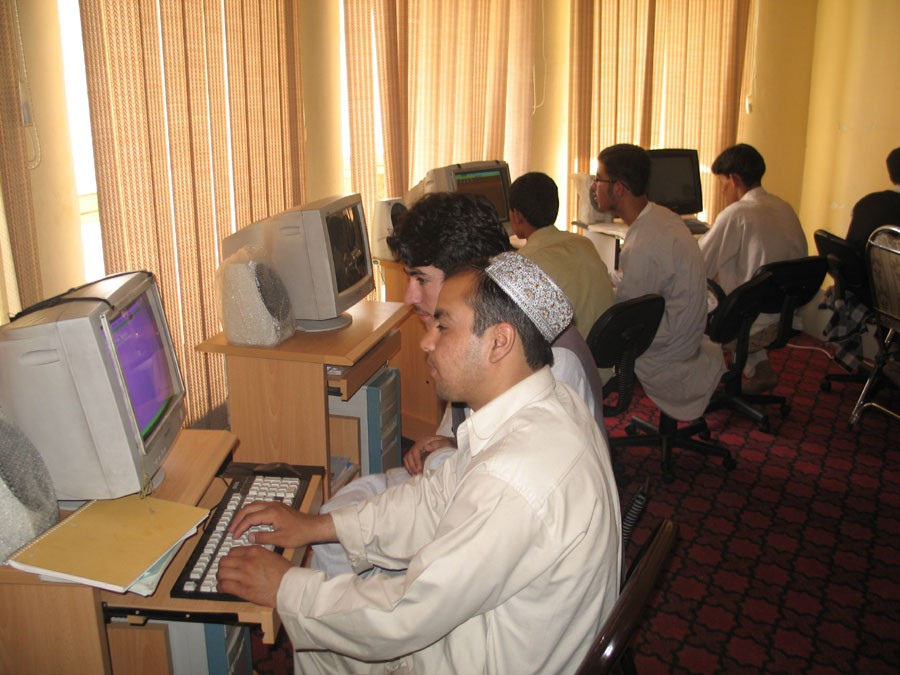 Image courtesy ILO in Asia and the Pacific | Flickr

Charitable giving—APn’s charitable initiatives aim to improve social welfare for people living in Afghanistan and contribute to the country’s socio-economic development. Winter Warmth, for example, is a Kabul-based program that provides poor families and at-risk street youth with survival essentials—including blankets, coal, and flour—during the cold winter months. These critical items are distributed by APn volunteers in Kabul, while APn members in London help with fundraising activities to provide financial support for the program. Spring of Hope, another APn charitable program, operates under a similar model, but here the items being distributed to young Afghans in need are school supplies, like pens and notebooks.

In addition to these initiatives, APn hosts a variety of affairs throughout the year. From fundraising sports events to networking seminars, these occasions are designed to bring APn members together, build awareness of APn’s activities in the broader community, and garner financial and other support for future programs. One of the most popular and important APn events is the APn Aspire Awards: a unique awards program that was created to recognize and celebrate the achievements of outstanding Afghan professionals who have made significant contributions to their field and their community. Awards are given in a variety of categories—including arts, sciences, technology, media, and entrepreneurship—and award candidates are assembled through a public nomination process.

As Afghanistan rebuilds after years of conflict, a new wave of young, ambitious Afghans are slowly but surely revitalizing the country’s tech sector, but they’re not doing it alone. Startup Grind Afghanistan is one of a number of organizations dedicated to supporting the next generation of forward-thinking Afghan entrepreneurs and ensuring they have the tools, knowledge, and connections they need to succeed.

As a result of this help, the future is looking brighter than ever for Afghanistan-based startups. Read on to learn more.

What is Startup Grind Afghanistan? 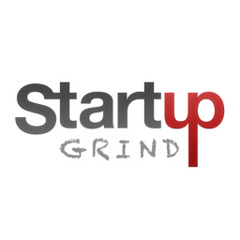 Startup Grind Afghanistan is a member of a global startup community known as Startup Grind, which is a connected network of vibrant new startups. Powered by Google for Entrepreneurs, Startup Grind was created with a mission to educate, inspire, and connect entrepreneurs around the world.

In support of this goal, the organization hosts regular events in more than 250 cities. These events bring the personal stories, life lessons, and knowledge of successful founders, innovators, educators, and investors to emerging entrepreneurs who are just starting out on their own paths to success.

Driven by the values of connecting, giving back, and helping others before helping yourself, Startup Grind now has local chapters in 350 cities worldwide. It has supported the startup journeys of more than one million entrepreneurs.

Startup Grind Afghanistan, also called Startup Grind Kabul, is Afghanistan’s local Startup Grind Chapter. It was launched by Ahmad Fahim Didar, the CEO and founder of Aghaez Consulting Group, who is passionate about entrepreneurship because it allows individuals and groups to create businesses that truly reflect their values.

Didar first conceived the idea of launching a Kabul chapter of Startup Grind in 2014. In August of that year, he contacted Startup Grind’s founder and CEO and applied to be a Startup Grind local director. Although his application was accepted, Didar wasn’t quite ready to commit at that time given Afghanistan’s tense political and economic environment. A year later, however, he dedicated himself to building a startup community in Afghanistan, and Startup Grind Afghanistan/Kabul was born. 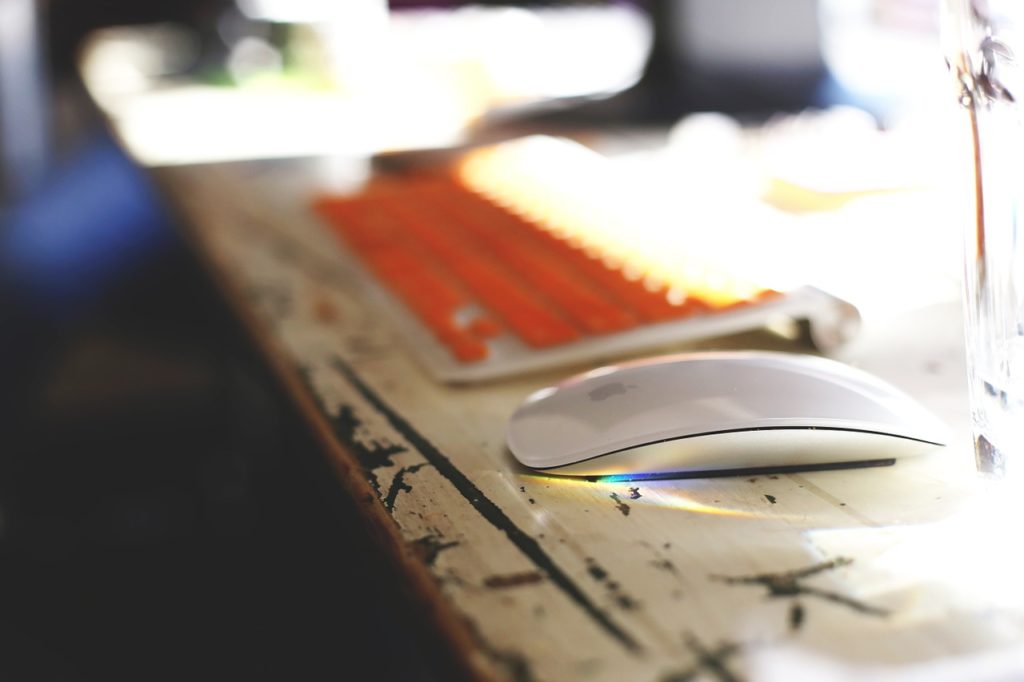 Startup Grind Afghanistan is working to build a thriving startup community in Afghanistan by showing young people that entrepreneurship is not only possible, but is a viable career choice and way of life. By sharing stories of successful entrepreneurs and providing support and tools, Ahmad Fahim Didar and Startup Grind Afghanistan want to encourage young Afghan graduates to be proactive about their own futures and the role they can play in rebuilding and revitalizing their country.

As Didar has said in previous interviews, changing young people’s mindsets from “the government needs to create jobs for Afghans” to “what can I do to create jobs at the micro level?” is one of Startup Grind Afghanistan’s most important endeavors.

Practically speaking, Startup Grind Afghanistan also offers regular events, networking opportunities, and other resources, tools, and support to emerging entrepreneurs and startups. For example, at the Startup Grind launch event, participants attended information sessions on topics covering everything from how to make the leap from having an idea to starting a company, to the benefits of working with a mentor, to practical ideas for securing startup financing.

In addition, Startup Grind Afghanistan’s regular speaker series, held on a monthly or bi-monthly basis since early 2016, features presentations from some of Afghanistan’s most successful entrepreneurs and business leaders. These include Farshid Gyashi, the founder of Afghanistan’s largest job website.

What do Afghan startups need and what are some of their biggest challenges?

According to Didar, the most important thing that Afghan startups need right now is inspiration and awareness. Entrepreneurs need to believe that they can succeed and attain a higher profile within the startup community, both locally and internationally. Didar also believes that facilities—like incubator and accelerator hubs and co-working spaces—are essential for giving startups not only the physical space they need to create and develop their ideas, but also the connection and support of a community of their peers.

The need for facilities links naturally to the question of the challenges faced by Afghan startups. Of these, a lack of resources for larger-scale initiatives like incubator centers and co-working facilities is one of the biggest. It should be mentioned here that a few of these facilities do currently exist. They include the DAFTAR co-working space, Afghanistan’s first ever co-working facility established by the Afghanistan Center for Excellence, and the Ibtikaar tech incubation center.

However, Didar believes many more facilities are needed to help grow the Afghan startup community, particularly in areas outside Kabul. Other challenges that affect Afghan entrepreneurs include a lack of formal government support for startups, as well as a lack of clarity in government rules and regulations, especially when it comes to taxation.

As one of the most important philanthropic organizations currently operating in Afghanistan, the Aga Khan Development Network (AKDN) supports, implements, and executes projects across a broad range of focus areas, including cultural development. Through the Aga Khan Trust for Culture (AKTC), one of its affiliate agencies, the AKDN works to conserve and restore Afghanistan’s cultural heritage in order to preserve the country’s rich historic legacy, stimulate local economies, and improve the quality of life for local residents.

Over the last 16 years, AKTC has implemented restoration projects in three of Afghanistan’s major cities. Read on to learn more details about seven of the most important projects.

AKTC has been working to restore and rehabilitate significant historic buildings and public spaces in Kabul since 2002. Specific initiatives have ranged from urban regeneration efforts to community development programs, all of which have had a significant impact on Kabul neighborhoods that have been damaged by the ongoing conflict. AKTC rehabilitation projects in Kabul include the following:

For millennia, Herat has been a center of strategic, commercial, and cultural significance. Throughout its history, it has been repeatedly ravaged by war, but incredibly, many significant Islamic monuments and buildings have survived. Since 2005, AKTC has been working hard to safeguard this heritage. Specific projects include the following:

Often referred to as “the mother of cities,” the northern Afghan city of Balkh is considered to be one of the world’s oldest cities. Because of its location at the crossroads of the Middle East and eastern Asia, the city and its surrounding region are home to a diverse range of monuments and buildings, from Islamic structures to Buddhist architecture. AKTC has carried out restoration work on the following: