Preserving the cultural heritage of Afghanistan is becoming more important as the nation rebuilds after decades of war. Years of turmoil and fighting have ruined artifacts, destroyed historical sites, and resulted in the loss of important treasures and traditions. It wasn’t until recently that archaeologists and historians have been able to begin the process of analyzing and cataloging the nation’s artifacts in an attempt to preserve what remains. 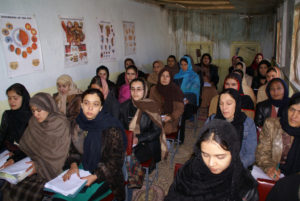 Perhaps most discouraging for many generations of Afghans is the loss of written texts and historical accounts. Many documents have been lost or destroyed, including works of literature and history, newspaper archives, and other priceless written materials that are important to Afghan culture, heritage, and history. Several generations of children have passed through school without access to books and written resources beyond what is covered in their curriculum. In the last several years, historians have taken steps to ensure future generations do not suffer the same fate.

Working in conjunction with Afghanistan’s Minister of Information and Culture, the United States Library of Congress has digitized its extensive collection of materials related to Afghanistan. This collection includes books, maps, photographs, newspapers, manuscripts, and more, all created in Afghanistan or written about Afghanistan, in Dari, Pashto, Persian, and other languages. Most of the documents are copies of historical texts that no longer exist in Afghanistan, having been destroyed by war and time. Some of the items can’t be found anywhere else, making their preservation and return to the people of Afghanistan—a process known as “virtual repatriation”—all the more meaningful.

With material dating from the early 1300s all the way through the 1900s, the collection includes the equivalent of more than 160,000 pages of text. Many of the materials in the collection were gathered from sources around the world, in a process that took more than three years. With six field offices spread throughout the world, the Library of Congress was able to collect historical documents concerning Afghanistan from other nations as well.

A nation’s history typically intersects with that of other countries and cultures, resulting in writings that communicate a variety of perspectives and insights about the nation in question. In the US, for example, the writings of visiting French diplomat Alexis de Tocqueville provide a fascinating view of the young United States in the 1830s. In the case of Afghanistan, as traders and explorers travelled through the country, maps, journals, and other written documentation was kept by foreigners, and is now being used to give Afghans another look at their own history.

The documents have been presented to Afghanistan’s Minister of Information and Culture on several hard drives containing a total of seven terabytes of information, for disbursement to various schools and museums throughout the country. Ten institutions will receive copies of the materials: the National Archive of Afghanistan, the National Library of Afghanistan, and several universities. In addition, the material is in “raw data” format, meaning the institutions can not only make the material available in digitized form, but they can download it, incorporate it into their existing databases, or print it.

In addition, the documents are available to anyone with an Internet connection via the World Digital Library.

In addition to the written documents being returned to Afghanistan, much work has been done to preserve physical artifacts that remain in the country. An international team of archaeologists has been mapping the country’s known historic sites and monuments, inputting the information into a geographic information system (GIS). 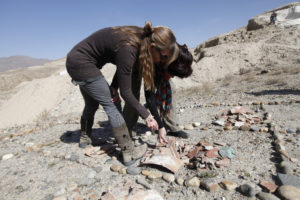 Many of the sites have been looted, the result of war and turmoil that have stripped gold mines and destroyed historic monuments. Despite those challenges, the team continues to create a database of the remaining sites to help direct historians, local communities, universities, and others who are looking to preserve the nation’s history.

The lack of such a database has resulted in homes being built over excavated sites near Kabul, while people working in fields have dug up and destroyed artifacts, and looters and antiquities dealers have robbed the Afghan people of many treasures. The database is particularly important as the country begins issuing mining permits and as the infrastructure of the country is being rebuilt.

To historians, the nation of Afghanistan is an open-air museum, with centuries of history and archaeological treasures spread across the landscape. There is a wealth of sites that must be identified and documented in order to be preserved. Knowing where potential historical sites may be located can prevent further loss and damage.

The rebuilding of Afghanistan is important for its future, but the preservation of its past is equally as important. By reacquiring and cataloging written texts and other artifacts, the nation will be able to preserve and honor its past. With access to this historical record, future generations will be able to learn about the importance of Afghanistan in the world’s history.