The nation of Afghanistan has sometimes been portrayed as a land of mystery to foreigners, especially people in the West. Here are a few facts that may surprise you and challenge what you think you know about the country.

1. Afghanistan is a multi-ethnic and multi-lingual nation. 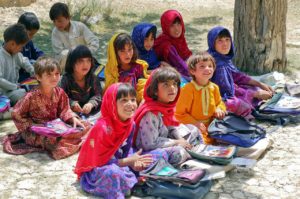 The people of Afghanistan represent more than one dozen ethnic groups. The country’s mountainous, rugged geography ensured that, over the centuries, these groups were isolated from each other, which allowed each to develop its own particular culture and traditions. In addition, Afghanistan’s location along the ancient Silk Road meant that many outside cultures and empires have passed through and left their mark on the land. At different times in history, the Ancient Greeks, the Parthian Empire, the Sassanids, and the Mongols all ruled what is now Afghanistan. In many ways, Afghanistan has functioned as a melting pot of sorts in the Middle East and Central Asia.

Along with its many cultures, Afghanistan is also home to several different languages. Dari and Pashto are the two official and most widely spoken languages. Some linguists estimate that there are more than 40 other languages spoken in Afghanistan, comprising some 200 different dialects.

2. Sports are an important part of the nation’s culture.

In recent years, sports have returned to prominence in the country. As sports have gained national attention, people are participating in cricket, football, and other games. Afghanistan’s national football team—nicknamed the Lions—won FIFA’s 2013 Fair Play Award.

3. It snows in Afghanistan.

Images and pictures in the news lead many outsiders to believe that the climate of Afghanistan is uniformly hot, arid, and desert-like. While this is accurate for some of the country, the northern parts of Afghanistan receive large amounts of snow during the winter months. The Hindu Kush mountain range stretches across the country and reaches heights of more than 20,000 feet. Noshaq, the country’s highest peak, is an imposing, snow-capped giant that towers 24,580 feet above sea level.

4. There are multiple nations surrounding Afghanistan.

Six countries border the nation of Afghanistan: Turkmenistan, Tajikistan, Pakistan, Iran, Uzbekistan, and—perhaps surprisingly to some—China. The border with China in the far northeast is relatively short, at less than 100 kilometers long.

5. “Afghani” is not a person who lives in Afghanistan.

6. Poetry has a prominent place in Afghan culture.

Poetry has a long, colorful history in Afghanistan. Used to express opinions on social issues or to recount historical events in the past, the country has a strong tradition of spoken poetry that has persisted for centuries. The famous 13th century Islamic poet Rumi may have been born in the city of Balkh, in northern Afghanistan.

7. The country is home to two UNESCO World Heritage Sites. 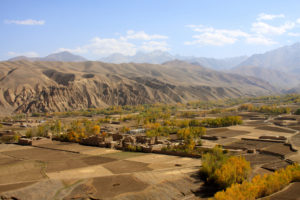 The United Nations Educational, Cultural, and Scientific Organization (UNESCO) designates a select number of historic and cultural sites as World Heritage Sites. Afghanistan has two such sites. The first, the historic Bamiyan Valley, contains the archaeological remains of Buddhist sanctuaries built into caves decorated with paintings and inscriptions.

8. The New Year starts in March.

Unlike in the West, December 31st does not signify the end of the year in Afghanistan. Instead, many people celebrate Nowruz, an ancient Persian spring festival observed widely across Central Asia every year in March. Thousands of Afghans travel to Mazar-e-Sharif, a city in northern Afghanistan, to celebrate the annual event. As part of their celebrations, a large banner—the janda bala—is raised. Should the banner go up smoothly, it heralds a good omen for the year.

Afghanistan fought three wars against the British Empire during the 1800s and early 1900s, and eventually signed the Anglo-Afghan Treaty in August 1919. Afghans regard August 19th as the country’s official Independence Day, and celebrate it every year in commemoration of their freedom from British influence.

One of the most dangerous and exciting sports in the world is played in Afghanistan: buzkashi, or goat grabbing. The game is played on horseback, with teams of riders attempting to grab a goat carcass and carry it to the “end zone” on the opponent’s side. Considered the national sport of Afghanistan, many have petitioned to have the game added to the Olympics.

11. Afghanistan has a new national anthem.

Recent changes in the country prompted the Afghan government to adopt a new national anthem. The new song, penned in 2006, contains affirmations of the country’s Islamic faith and names many of the tribes of Afghanistan.